" [...] one has to be in awe of Randone´s knack for writing great, memorable songs, in the school of Italy´s best. It´s a shame that his name is still not so widely known. In terms of italian prog this ensemble is in the same league as the great names of old like Le Orme, PFM and Banco. And Nicola Randone is probably the single most important prog artist of italian modern prog of the new millenium [...]" Tarcisio Moura (Prog Archives)

The first musical experiences of the guitarist and keyboardist-singer Nicola Randone start in 1990 when he takes part in several musical projects embracing his first great passion: the electric guitar.

Nicola simultaneously is involved, for most of his time, in building and maintaining a literary-musical portal: Il mondo di Art. This site receives more than 1000 unique visits per day and it also had the honor of achieving different awards for the design including the prestigious Italian Web Awards.

Along with his primary job (graphic designer) Nicola has always supported his passion for music and composition. In 1998 the collaboration with the band Grey Owl brings the band to the auto-produced cd “La parete di ghiaccio” selling all the copies (1000 units). But the band struggled to remain united and Nicola decided to take a small break to write his first solo work.

FIRST ALBUM
“Morte di un amore” comes 4 years after: album in which the author has poured his desire to still believe in music combined with the desire to reach a wider number of listeners. In a few months the album gets a positive reaction from critics (see reviews), the distributors Musea Records and BTF add the cd to their worldwide sale catalogues. The title track of the album was broadcasted by RAI Radio 2 in a famous radio program: DEMO. Suddenly the first definition that will accompany him throughout his musical career: Randone is a “prog singer”.
After 1 year Nicola was contacted by the producer Beppe Crovella, keyboardist of the band Arti e Mestieri and author of soundtracks and music for television. Nicola joins Crovella’s team in 2003 and takes part in the project “Colossus RY and Musea” which is a musical adaptation of the Finnish national epic, the Kalevala (with the track Runo 49).
Nicola thus composes his first song for an international production. The single is inside a triple cd in company of famous bands and not from all over the world. Nicola is supported by the band Tempore of Turin, already known for their collaboration with Mike Keneally (guitar player of Frank Zappa). The track is a success and takes the full band in concert in Helsinki (August 2003), capital of Finland, in the festival Alwari Rock. Here Nicola has the possibility to propose tracks of his solo work: Morte di un amore.

SECOND ALBUM
A few months after, Crovella decided to launch the first cd of the band Randone: Nuvole di Ieri, a long suite of 45 minutes already written by the composer while he was waiting for feedback from the producers interested in the genre. And it is precisely on this occasion that the band RANDONE was born. In selecting the components Nicola thought to unite around him old and new musicians. At his side Riccardo Cascone at the drum (already present in Grey Owl and in the solo album Morte di un amore), Marco Crispi at the electric guitar, guest at the hammond organ, piano, moog and mellotron Crovella himself and Daniel Martinez at the bass. About Nuvole di Ieri Nicola says: “Nuvole di ieri” (Clouds of Yesterday) was the first album with a “band” and it was released on the Electromantic Music label of Beppe Crovella. “Nuvole di ieri” is about a journey, and every word is borrowed from the thoughts I wrote down along the road and that, when I was back home, I had the foresight to copy on my personal blog. There are poems, fleeting impressions, psychedelic intuitions where music represents the progressive legacy that I was bringing in me and that for the first time I could express at the best of my abilities thanks to the contribute of the band: Riccardo’s drums, Marco’s guitar and the masterful arrangements by Beppe Crovella featuring vintage keyboards have made of it an ensemble work. Despite some ingenuities it is a very important album for me since it was deeply inspired. You can find in it all the feelings of my twenties: the urge to be accepted by friends, the need to believe in something higher in order to better face the fear of a world different from the dreamy one that my mother had always talked about, and yet the desire for a love that transcends every boundary and the road, friend and life companion, a symbol of spirituality on the move. Several years ago I wrote a blog post that tells more about this record and that you can find here.”
The album gets a lot of great public and critical (see reviews). It is called the best progressive album of 2003 (from Progressor Magazine from Uzbekistan). The thing pushes Crovella, after only 3 months from Nuvole di ieri, to produce a new work that sees the light in June 2004. The album in question is Ricordo.

THIRD ALBUM
About Ricordo Nicola says: “Ricordo” (Memory) has been described by many people as an album of transition and I would not disagree. Effectively just a short time had passed since “Nuvole di ieri” and after the collaboration with Colossus for Spaghetti Epic my label wanted the song “Jill”to be “used” to launch a new Randone’s album. In my view, I had many songs written at different times that I would have liked to record properly. At the time I was working on “Alle porte del paradiso”(a project that I haven’t managed to complete yet and on which today I’m working night and day), and I knew that Randone was a band for “suites”, so it was a good opportunity to pull out all those songs. So the result is an album that reflects the heritage of Randone as a songwriter helped in the arrangements by his band. I do not deny that I found very annoying some criticism where they claimed that “Rìcordo” was worth just because of the long suite “Jill”, every song I write is always the result of a great inner movement and sometimes the prog fans fail to catch the spirit of easier songs due to a paradoxical adherence to a “label”. Someone should explain that if there is a genre that you can not label, well, that’s just prog. If it’s not so, then a lot of stuff by Le Orme or Pink Floyd should be considered just as pop music or pop”.
Simultaneously, after the good work done by Kalevala, the Finnish Association Colossus, yet with Musea Records, proposes Nicola to participate in the new project dedicated to “C’era una volta il west” of Sergio Leone: Spaghetti Epic. Randone appears on the double CD that sees the light in the month of September of 2004 along with 5 other bands, all with international fame. On this occasion Livio Rabito joins the band as at the bass guitarist.
The criticism is beginning to pay increasing attention to the name Randone, the music is geared more and more towards the belief component progressive and theatrical. Talk about it the famous portal SuperEva, several Japanese magazines, Finnish, French and American music magazine cite the band as the new hope of the progressive Italian.

FOURTH ALBUM
The following year sees the completion of the last cd: Hybla act 1.
The suite is the result of the sensitivity of progressive composer and the great feeling associated with folk traditions of his homeland and the staff of this band is enhanced by an additional member, the saxophonist Graziano Raniolo. About Hybla Nicola says: “Hybla” is still the album that, more than any other, has brought us to the attention of prog lovers. One day, while reading a book about the history of the old Ragusa (formerly Hybla) by the local historian Mimi Arezzo, I had the wish to release a suite on this subject, and so in just a month (a record for me) I composed the structure of the whole suite on my sequencer. The next month, Riccardo, Marco and Livio worked on their parts. “Hybla” was a difficult album to record and release, and not just because of music and vocal parts (it features as special guests Lautaro Acosta on violin, Graziano Raniolo on sax and Carmelo Corrado Caruso’s opearatic vocals), but for all the complex arrangements that, had it not been for the sound engineer Claudio Cattero’s help, would make it terribly boring. “Hybla” is so far the most popular Randone’s album, I think it’s our most mature work, one in which all the influences of the musicians converge in a decisive and convincing way”. The disc is officially presented in concert at the main square of Ragusa Ibla. The show is filmed and audio recorded in multi track. In 2006 Electromantic produces the first live DVD of the band entitled Hybla act 1, a live barock opera. Inside the DVD is inserted at the individual product and Musea Records Colossus, a tribute to the Good the bad and the ugly of Sergio Leone that is inserted into a box for the international distribution title: Spaghetti Epic 2.

FIFTH ALBUM
After the live gig Nicola manages to complete the new album: Linea di Confine. The disc is working actively phonic arranger Carlo Longo and the usual musicians with the collaboration Giuseppe Scaravilli (Malibran) and Salvo Giorgio. About Linea di confine Nicola says: “Linea di confine” (Boundary line) is perhaps my most inspired album and the most personal as well. The band contributed in a delicate way, without changing anything (as opposed to the previous works), the result is an album halfway between Randone as a band and Randone as a songwriter. In this album there was no need to change pitch or time every minute, or to indulge in long guitar solos at 180bpm or in double bass parts in quarters with a drum upbeat in 6/8. “Linea di confine” was made with the heart, it’s a concept album that tells about the troubles provoked by the end of a love and at the same time explores the human mind in those imbalances that today hectic life can cause. To understand the music you should also read the book of the same name released in a collector’s edition. The book transforms the real experience in a world of fairy tale where the monsters of the mind are trolls disguised as men and where the help of God comes in the form of fairies, gnomes and nymphs of the woods. The story tells the long walk of a “lost” being bravely facing the void of values in a world not so different from ours, helped by the love of a “lost” princess who has forgotten his name and knows no other reality than that of suffering”.
In the 2012 a new album was released, a compilation available only in digital edition “Single and unreleased” that collect 3 songs from the Colossus Projects (The Good, Jill and Rune 49) and 2 cover from Le Orme (Sguardo verso il cielo) and Peter Gabriel (Father, son singed in italian)

SIXTH ALBUM
The last album of the Randone’s band is Ultreia. This 2014 release is the first act of a trilogy called “Canzoni sulla Via” (Songs on the Road”) searching to define the experiences of author Nicola Randone’s pilgrimage to Santiago de Compostela, a spiritual journey that transcends religion. To read Ultreia review follow this link.

ACTUALLY, Nicola and his band are working on a new secret project that could be ready at the end of the…

ESSENTIAL LINK
To better understand the world of the author is essential to refer to these addresses:
Official blog: ilmondodiart.com
Youtube: youtube.com/randone

Randone is a progressive rock band that comes from Sicily. Here you can find our musicians. 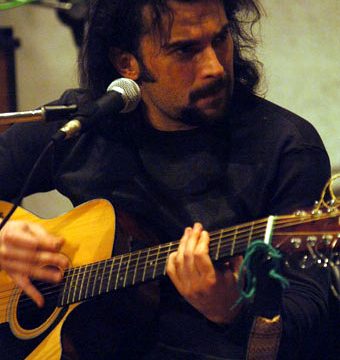 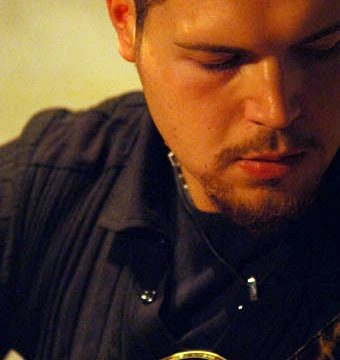 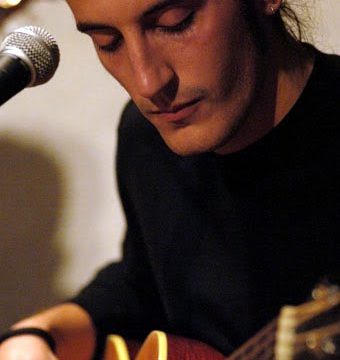 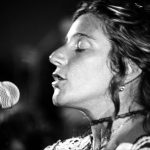 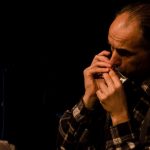